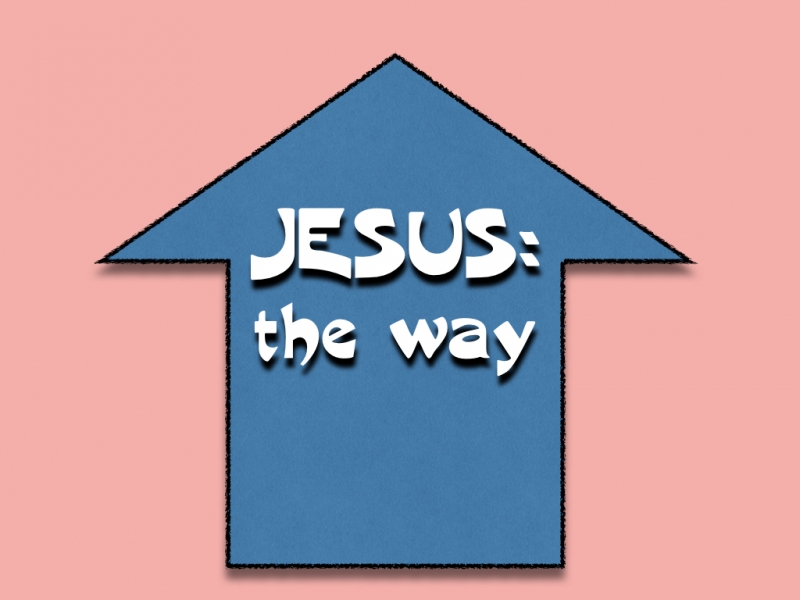 I remember someone trying to give me directions when I first came to the mountains of North Carolina. After receiving the lengthy instruction I muttered under my breath that there must be an easier way to get there. "This is the only way to get there, preacher," they said, "You should be familiar with narrow roads."

Sometimes people think that Christians are narrow minded. "All roads lead to enlightenment," a man once told me when I was trying to share my testimony. He had all his bases covered. He had a alcove in his living room with a Madonna, Jesus, Buddha, Vishnu, a Menorah, and other things I did not recognize. He was burning stick incense. I also noted the 10 commandments mounted on his door frame. He allowed his daughter to come to my youth group but only to get a "Christian perspective".

I maybe narrow-minded but it is because my Savior says that he is The Way. He also says that he is the only ways. "No one comes to the Father except through me." Jesus also said, “Enter through the narrow gate. For wide is the gate and broad is the road that leads to destruction, and many enter through it. But small is the gate and narrow the road that leads to life, and only a few find it (Mt 7:13-14)."

I find it interesting that people say they want the truth but when the truth reveals himself to them they reject him. The apostle John puts it this way: "The true light that gives light to everyone was coming into the world. He was in the world, and though the world was made through him, the world did not recognize him. He came to that which was his own, but his own did not receive him. Yet to all who did receive him, to those who believed in his name, he gave the right to become children of God— children born not of natural descent, nor of human decision or a husband’s will, but born of God. (John 1:9-13)"

I praise God for Jesus, The Way, who has made me a child of God the Father. May God bless you today as you find The Way in your life.